Introduction to the largest designer fashion shows in the world 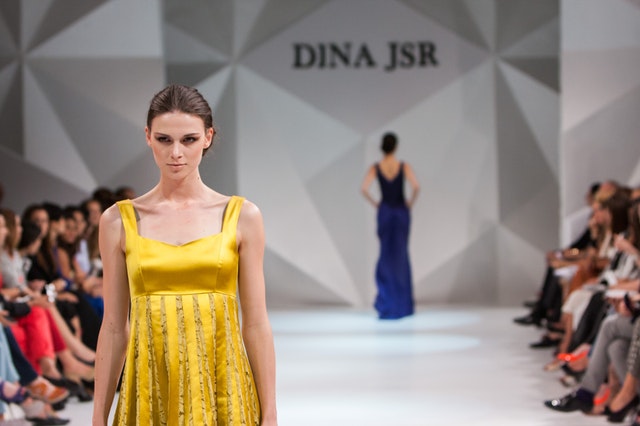 Early on in the twentieth century, the Western world looked to Paris as an inspiration for chic fashion and original designs. When World War II began in 1939, fashion shows in Paris were cancelled because of the Nazi occupation of the city. It was impossible for American journalists to travel to France during this time. Without Parisian-designed creations to draw inspiration from, American fashion designers had no one else to turn to but themselves.

Eleanor Lambert, a fashion publicist, saw this as an opportunity to promote American designers. She gathered US designers in New York City in 1943 for the first Fashion Week or, as it was called back then, Press Week. It was a way for journalists to see the best designers in one place at one time. The start of this event marked a turning point in fashion history where international recognition was redirected from Paris to the US and beyond. American designers finally got a chance to showcase their talent without being under Paris’ shadow.

New York Fashion Week is first in the lineup of cities to exhibit its designs each year. Initially, it was hosted at the tents of Bryant Park in Manhattan but became too big for it in 2010 where it moved to the Lincoln Centre for Performing Arts.

While New York City kicked off the start of Fashion Week, it is only one of the “big four” cities to hold one every February and September. Next to join was Milan in 1958, which was organized by the National Chamber for Italian Fashion. It is third in the lineup, following New York City and London. Notable Italian fashion houses that have exhibited at the event are Prada, Versace, Hucci, and Dolce & Gabbana.

Even though it was only founded in 1973, Paris is considered the most significant Fashion Week city and is always the finale of Fashion Week. It is organized by the French Fashion Federation and was founded in 1973. Held in Carousel du Louvre, it exhibits ready-to-wear fashion during its Fashion Week and is the only city permitted to preview haute couture. This specific type of clothing is protected by law in France and governed by the Paris Chamber of Commerce. For a fashion house to be granted permission to use the term haute couture, a few criteria must be met:

Even amongst haute couture designers, there is still a hierarchy within the elite. The “official” members like Christian Dior and Chanel rank at the top, followed by “correspondents” like foreign houses such as Valentino and Armani, then there are “guest” designers (new talent), with “jewellery” and “accessories” at the bottom.

The latest Fashion Week to launch from the “big four” was London in 1984. It is organized by the British Fashion Council and is held in Somerset House. While London joined later than the other three, it still made history for some firsts. London Fashion Week was the first major show to live stream the event and also the first to introduce men’s collections in 2012. It is on the week after New York Fashion Week and hosts more than 5,000 press and buyers, making it exceed the coverage of most major sporting events and news.

This show is usually held in July, before the “big four” and started in 1989. Although, it was discontinued in 1998 only to be restored in 2005. While Miami Fashion Week is not on the same level as Paris, New York City, London, and Milan Fashion Weeks, it is considered the pinnacle of swimwear fashion. Brands from all over the world showcase their swim designs at this event.

One of the youngest installments of Fashion Week in Toronto. It only started in 2000 by Robin Kay and her Fashion Design Council of Canada partner Pat McDonagh. Since then, the event has had a tumultuous ride with various big brand sponsors like L’Oreal and Mastercard picking it up only to drop it a few years later. The latest company to drop Toronto was IMG, who cited a lack of local funding. Peter Freed, a local condo developer, is the newest sponsor to fund the event and hopes Toronto Fashion Week will rise from its ashes. He moved the event from David Pecaut Square to the city’s fashion hub in Yorkville. He plans to scale down the event to just three days (so, not a week anymore) and focus on fewer designers who are established.

Like style, Fashion Weeks are bound to keep evolving as seasons go by. Our consignment store offers the same ever-changing trends you see on the runways. To shop for designer clothing for less than designer prices, stop by Extoggery. We offer the best deals in brand-name clothing from Toronto brand Pink Tartan to internationally renowned fashion houses like Diane Von Furstenberg and Armani. Stop by today to view our exclusive selection or to earn money on clothes you no longer wear.